Gluten-Free and Yeast-Free: Are they the Same? 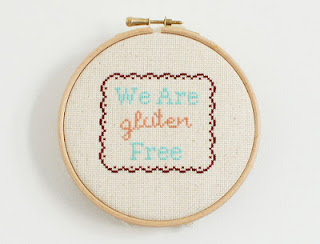 Gluten-Free and Yeast-Free: Are they the Same?


Maybe you have wondered to yourself in the past or now if the phenomenon of food being gluten-free is the same as yeast-free. Well, the answer to that is in the negative.
When a food is said to be gluten-free, it simply means such food does not contain gluten. Products like cakes, biscuits and bread are made from wheat, which is highly notorious for containing gluten. But that is not to say there is none of these products without gluten in them.


Bakers are known to be fond of making use of yeast for profit reason, but this could at the same time be dangerous to human body. It is a fungus or mold commonly used in the fermenting process. Yeast, which contains no gluten, is a common ingredient in bread making and beer fermentation. It is not compulsory, however, that yeast be included in the production of bread because there are recipes for making bread and preparing other foods without using it. Since yeast is known to be inimical to human health because of inherent toxins or other hazardous chemicals, you could enhance your overall health and well being by taking it off your diet.

As you can now see, a food being yeast-free is not the same as gluten-free despite the fact that yeast contains no gluten. The fact is that both gluten and yeast are dangerous to your health and you are better off living without them through elimination from your diet. Gluten-free foods are known to promote health.

Better shape, weight loss, and increase in energy are some of the benefits you stand to gain by eliminating yeast from your diet and turning to gluten-free foods. You also get to keep other medical conditions at bay among several other benefits.