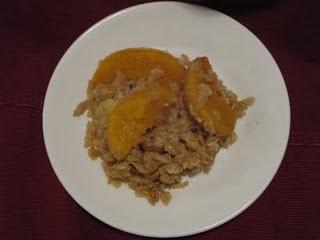 Combine in a mixing bowl:

In the bottom of an 9x13 pan (ungreased) place 2 small cans or 1 large can of drained peaches.
(You can use the whole can of peaches without draining, but you have to bake it a lot longer.)

Measure and pour 6 cups of uncontaminated oats over the peaches. Then pour in the liquid mixture over the oatmeal & peaches.
Bake uncovered at approx 160oC for 45 minutes (or until golden brown and center is firm).

Serve warm. I serve it in bowls and let people add milk to their liking. 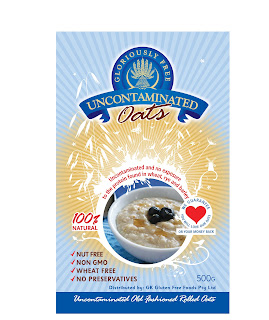 If you could choose one source of complex, starchy carbohydrate for a fat loss program, this would be it!  Oatmeal is the one carbohydrate food that virtually 100% of all bodybuilders and fitness models eat on a daily basis.  What makes it so great?
Well, although it's a starchy carbohyrate , oatmeal has a nice balance between carbs, protein and good fat.  A half a cup contains 3 grams of fat , 27 grams of carbs and 5 grams of protein.  The low glycemic index, combined with the presence of protein and fat mades oatmeal a cery slowly releaseed carb - exactlyt what you're looking for when you want to get lean.


Make sure you choose the all-natural oats especially old fashioned oats.  Stay away from sweetened and or flavoured oatmeal packets.  Oatmeal is delicious with natural(sugar free) apple sauce and cinnamon.  Or try some crushed walnuts or flaxseeds in your morning oats, which will give your "porridge" a nice cruncy texture while adding those desirable "good fats" we all need.  For a complete meal, try a couple of scoops of protein powder, preferably whey based.

Go to the Gluten Free Shop to try our delicious Uncontaminated Oats here in Australia sourced from Gluten Free Oats LLC - USA
at 2.6.10 No comments:

What to do about oats?

Oats in Australia is now Controversial


In Wilhem Dicke’s original studies showing that gluten from wheat, rye and barley is toxic coeliac disease, he also found that children with coeliac disease relapsed when fed oats (1, 2). Since that time, the argument has shifted back to blaming wheat, rye, or barley gluten contaminants for the toxicity of oats.
In Australia and New Zealand, commercial oats are generally regarded as toxic in coeliac disease because of gluten contamination.
In Europe, “gluten-free” oats are available and are used as part of the gluten-free diet. A small industry has evolved to cater for the gluten-free oats market, and oats provide an interesting addition to the gluten-free diet, especially for those with diabetes because of the favourable glycaemic index (GI) of oats compared to most other gluten-free cereals and grains.
Two influential studies, both published in the New England Journal of Medicine, one in 1995 (3) and the other 1997 (4), showed that addition of oats to glutenfree diet did not slow recovery or cause relapse of coeliac disease or dermatitis herpetiformis (DH). A follow-up of individuals enrolled in the former study found no harmful effects of oats when included in the gluten-free diet for up to five years (5). More recently, inclusion of oats in the gluten-free diet was again found to be non-toxic but quality of life assessment revealed oats were associated with more abdominal symptoms, similar to those in irritable bowel syndrome (6). The “dose” of oats in each of these studies was up to 70g/day.
Although important, the main criticism of these studies is that they may have missed the “rare” individuals who do react to oats because they may have been unwilling to volunteer for these studies. In fact, 11 from 102 of subjects withdrew from largest study (3) possibly because they had adverse reactions. Only ten subjects were included in the DH study. Hence, these studies did not exclude the possibility of uncommon reactions to oats in individuals with coeliac disease.

The oats debate was re-ignited by a study published in 2003 in which a series of19 individuals with coeliac disease were challenged with 50 g of oats daily for 12 weeks. Small intestinal biopsies performed before and after oats challenge identified one person with subtotal villous atrophy that evolved with oats exposure and resolved after oats were withdrawn. In five others, there were
subtle signs of intestinal damage following oats exposure (7). Around the same time, a Dutch group published the finding that oats contain protein sequences similar to those in gluten that stimulate the immune response to wheat gluten (Tcell epitopes) (8). In October 2004 it was reported that T-cells isolated from the intestinal biopsies of the individual who developed subtotal villous atrophy when
eating oats reacted to both wheat gluten and oats proteins sequences (9).
Hence, in principle, there may be people with coeliac disease with intestinal immune reactions that cannot distinguish between wheat gluten and similar oats proteins. We have recently, found that 1/5 individuals with coeliac disease eating oats have T-cells in their blood that react to a series of oats protein sequences including the one identified in earlier studies (10).
Toxicity to oats is present in a minority of people with coeliac disease. Identifying people who genuinely “react” to oats with worsening damage to the small intestine (i.e. a “coeliac” reaction) as opposed to irritable bowel symptoms without the inconvenience of a gastroscopy and biopsy is a major challenge.
Antibody-based blood tests are untested and may well be unreliable markers of intestinal damage when oats are the injurious grain.
In Australia and New Zealand oats will not be recommended as part of the gluten free diet until there is a reliable supply free from contamination by gluten from other grains. Some local manufacturers are soon to launch oat-based foods that are contaminate-free, and this should be a welcome arrival for the majority of people with coeliac disease, especially those with diabetes. Ignoring the issues of gluten-contamination, generalizations about the safety of oats (gluten-free or not) in coeliac disease should be tempered by the likelihood that occasional people do react to oats. Perhaps, the message for doctors and dietitians is that vigilance is needed when oats are included in a gluten-free diet and should be withdrawn if intestinal symptoms worsen or nutritional markers (e.g. iron levels) deteriorate. If there is a compelling reason to consume oats, it may be that a systematic challenge with oats and endoscopic biopsy before and during is the only definitive test for oats sensitivity.

Try GF Uncontaminated Oats in Australia
at 21.4.10 No comments:

Email ThisBlogThis!Share to TwitterShare to FacebookShare to Pinterest
Labels: About GF Oats

METHOD:
Preheat your oven to 150oC.
Beat together sugar and butter until well combined and creamy in texture. Add egg and vanilla and beat well. Add the flour in alternatively with the combined milk and sour cream. Start and Finish with the flour. Mix nuts in by hand.

Spoon evenly into 12 hole muffin tray that has been lined with Patty Papers.


Bake for approx 15 minutes or until browned. 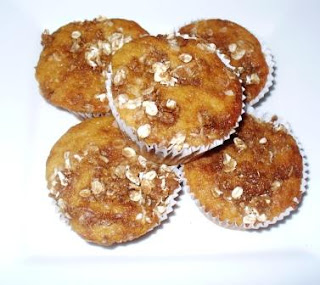 Method:
Blend the butter with you electric mixer. Add the banana. Then add all the wet ingredients
including the apple.
Now mix in the dry ingredients.
Mix until well combined. Mixture should resemble a wet dough and you need to be able to
apply it in your hands to roll into balls with out the dough falling apart . If it is a little dry just
add some water by the tablespoon.

Roll into small biscuit size balls. Press down gently with a fork and place in the oven for about 15mins or
until lightly browned.
These are a delicious alternative for breakfast or on the run. No sugar and low in fat.
You could add 1/2 cup of almond meal with 1/2 cup of the gluten free flour option which would
increase the protein content.

Banana Oat Muffins for any meal

Combine the buttermilk, oats and the mashed bananas into a bowl and leave stand for one hour.

After the hour, add all ingredients together and mix thoroughly.

Line a 12 hole muffin tray with some paper liners and spoon the mixture evenly.


Topping:
Mix together 1 tblspn of philadelphia cream cheese, 1 tblspn of cream and a tablespoon of
honey.
OMG this is soooo delicious. 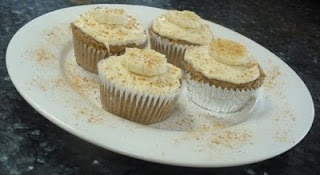 Labelling of the Uncontaminated Oats in Australia 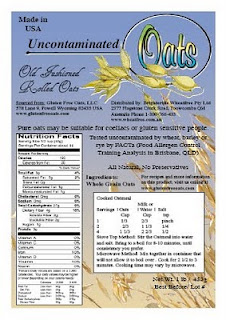 Australia and NZ labelling laws in relation to Oats

According to the labelling laws in Australia we are unable to label these Oats as Gluten free as they clearly state that products can not be labelled Gluten Free if they contain any ingredients sourced from wheat, rye, barley or oats.
Other countries such as the US, UK, Canada and Europe have all given these uncontaminated oats from GF Harvest in the USA a gluten free standing.  The reason being that research conducted in the USA with a test group of diagnosed coeliacs showed an outcome that 1 in 20 have a reaction to these oats.
Recommendations from North American associations included the following from the Canadian celiac association:

Please view recommendations from other associations here.
at 10.3.10 No comments:

Email ThisBlogThis!Share to TwitterShare to FacebookShare to Pinterest
Labels: About GF Oats

In May 2009 our first pallet of GF Oats arrived in Australia.  We were all set to take this Oats to the Gluten Free Food Show in Brisbane when we received the call from Sue Shepherd saying that we were not allowed to take the Oats as they were deamed not Gluten Free here in Australia. This at the time was devasating but we kept our oats on our website www.wheatfree.com.au and our customers starting buying them and loving them.
The sales have steadily increased throughout 2009 and we placed another order for Oat which arrived in September 2009.
We have all our Oats in cold storage at the local Endeavour Foundation who do all our packaging and processing.  Sales continued but slowed considerably in the summer season.  During this time we have continued to spread the word about the benefits of these wonderful Oats to those who can not eat traditional oats because of the contamination found from wheat, rye and barley.

Our Oats are now found in local health food shops across the country.